infamous for the biggest doping scandal in cycling history. At age 16, Armstrong began competing as a triathlete and was a national sprint-course triathlon champion in 1989 and 1990

Seven-time Tour de France champion and cycling legend – He was diagnosed with cancer:

He was diagnosed with stage three (advanced) testicular cancer (embryonal carcinoma) on October 2, 1996, at age 25, After the treatment and recovery the cancer had spread to his brain, lungs and abdomen.

There was a time when Lance Armstrong’s downfall in cycling was passing a difficult lifetime of shame, but also financial hardship. Lance Armstrong says in an interview that his last six years of cycling have been hard, But he had the courage to officially admit and confess that he made use of doping drugs in this sport and he was stripped of his victories due to the doping scandal.

Years back, speaks out in an interview with CNBC’s Andrew Ross Sorkin about his rise, fall and hope for redemption.

It’s time to forgive Lance Armstrong: In the sport of cycling many other ex-dopers are still accepted. His punishment is out of proportion.

Tour de France and battle against Cancer winner – Armstrong might be stripped of his victories in cycling but he still has the victory against cancer. In February 1997, he was declared cancer-free! 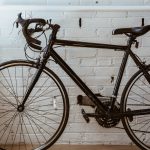